Please consider registering as numbers show support for the oppressed. And on the right you will see a thumbs up icon after registering, please click. You are free to express yourself and contribute or simply back up your Quora posts here.

Albert Einstein's 1948 letter to the New York Times
Albert Einstein was a humanitarian and peace activist and one of the greatest scientists of all time had and did say something about Palestine. 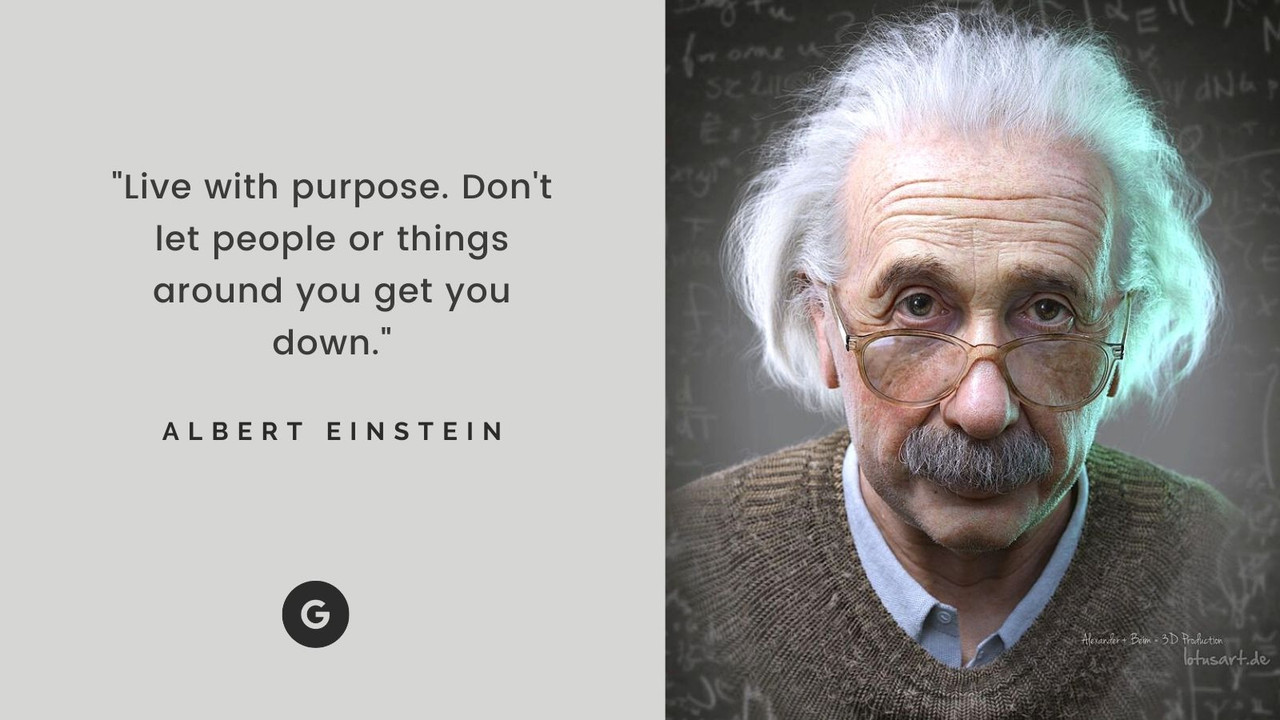 What he did was send an open letter to the New York Times clearly and directly stating why Israel's militant Zionist leaders were never to be trusted and do not deserve money and or any kind of support from Americans.

The letter was also signed by Hannah Arendt, Sidney Hook and more than 20 other Jewish intellectuals who wanted to alert Americans and the larger world to the dangers of emergent racism, fascism, terrorism and religious fanaticism in the newly-formed state of Israel, Today we bear witness to what Albert Einstein and the intellectuals who signed the letter. The list of opposition to the conduct and brutality towards Arabs was also condoned by Sigmund Freud, Franz Kafka, Isaac Asimov, Erich Fromm and Noam Chomsky, Jimmy Carter, Nelson Mandela, Desmond Tutu and many more, mostly Jewish.

A point to note: Menachem Begin was to be a future Prime Minister with a track record of racism, fascism, terrorism and indiscriminately murdering Arab, Jews and English.

from Letters to the New York Times
December 4, 1948

TO THE EDITORS OF THE NEW YORK TIMES:

Among the most disturbing political phenomena of our times is the emergence in the newly created state of Israel of the "Freedom Party" (Tnuat Haherut), a political party closely akin in its organization, methods, political philosophy and social appeal to the Nazi and Fascist parties. It was formed out of the membership and following of the former Irgun Zvai Leumi, a terrorist, right-wing, chauvinist organization in Palestine.

The current visit of Menachem Begin, leader of this party, to the United States is obviously calculated to give the impression of American support for his party in the coming Israeli elections, and to cement political ties with conservative Zionist elements in the United States. Several Americans of national repute have lent their names to welcome his visit. It is inconceivable that [anchor name=fn1a][/anchor]those who oppose fascism throughout the world, if correctly informed as to Mr. Begin's political record and perspectives, could add their names and support to the movement he represents. (See Foot Note 1)

Before irreparable damage is done by way of financial contributions, public manifestations in Begin's behalf, and the creation in Palestine of the impression that a large segment of America [anchor name=fn2b][/anchor]supports Fascist elements in Israel, the American public must be informed as to the record and objectives of Mr. Begin and his movement.(See Foot Note 2)

The public avowals of Begin's party are no guide whatever to its actual character. Today they speak of freedom, democracy and anti-imperialism, [anchor name=fn3c][/anchor]whereas until recently they openly preached the doctrine of the Fascist state. It is in its actions that the terrorist party betrays its real character; from its past actions we can judge what it may be expected to do in the future.(See Foot Note 3)

A shocking example was their behavior in the Arab village of Deir Yassin. This village, off the main roads and surrounded by Jewish lands, had taken no part in the war, and had even fought off Arab bands who wanted to use the village as their base. On April 9 (THE NEW YORK TIMES), terrorist bands attacked this peaceful village, which was not a military objective in the fighting, killed most of its inhabitants "240 men, women, and children" and kept a few of them alive to parade as captives through the streets of Jerusalem. Most of the Jewish community was horrified at the deed, and the Jewish Agency sent a telegram of apology to King Abdullah of Trans-Jordan. But the terrorists, far from being ashamed of their act, were proud of this massacre, publicized it widely, and invited all the foreign correspondents present in the country to view the heaped corpses and the general havoc at Deir Yassin.

The Deir Yassin incident exemplifies the character and actions of the Freedom Party.

Within the Jewish community they have preached an admixture of ultranationalism, religious mysticism, and racial superiority. Like other Fascist parties they have been used to break strikes, and have themselves pressed for the destruction of free trade unions. In their stead they have proposed corporate unions on the Italian Fascist model.

During the last years of sporadic anti-British violence, the IZL and Stern groups inaugurated a reign of terror in the Palestine Jewish community. Teachers were beaten up for speaking against them, adults were shot for not letting their children join them. By gangster methods, beatings, window-smashing, and wide-spread robberies, the terrorists intimidated the population and exacted a heavy tribute.

The people of the Freedom Party have had no part in the constructive achievements in Palestine. They have reclaimed no land, built no settlements, and only detracted from the Jewish defense activity. Their much-publicized immigration endeavors were minute, and devoted mainly to bringing in Fascist compatriots.

The discrepancies between the bold claims now being made by Begin and his party, and their record of past performance in Palestine bear the imprint of no ordinary political party. This is the unmistakable stamp of a Fascist party for whom terrorism (against Jews, Arabs, and British alike), and misrepresentation are means, and a "Leader State" is the goal.

In the light of the foregoing considerations, it is imperative that the truth about Mr. Begin and his movement be made known in this country. It is all the more tragic that the top leadership of American Zionism has refused to campaign against Begin's efforts, or even to expose to its own constituents the dangers to Israel from support to Begin.

The undersigned therefore take this means of publicly presenting a few salient facts concerning Begin and his party; and of urging all concerned not to support this latest manifestation of fascism.

[anchor name=fn1]Foot Note 1 - [/anchor]
Einstein made the point that supporting Jewish fascists like Menachem Begin was like supporting Nazis. Unfortunately, many prominent Americans have supported the fascist movement led by Begin and his disciples, who now firmly control Israel. Begin founded Herut in 1948. It was the political twin of the Irgun, a violent terrorist group headed by Begin. Both were ultra-right-wing organizations that opposed any ceasefires or negotiations with Arabs, preferring to expand Israel's territory in defiance of international law and the U.N. mandate that partitioned Palestine, defining Israel's borders. Before entering politics, Begin had been the preeminent terrorist in the Middle East, wantonly murdering British, Jewish and Arab civilians. His most notorious act was blowing up the King David Hotel in 1946. That explosion killed 91 people and wounded 46 others, most of them hotel staff and other civilians. (This remains the single most deadly act of terrorism in Israel/Palestine to this day.) It was not just peace-loving intellectuals who compared Begin to European fascists like Hitler, because David Ben-Gurion, Israel's George Washington and first prime minister, who was no shrinking violet, said similar things. But by the mid-1960s Israel's voters were swinging hard to the extreme right. A 1964 government resolution calling for the reinternment of Zeev Jabotinsky’s remains in Israel signaled Herut's and Begin's ascendency. (Jabotinsky was the creator of the fascist "Iron Wall" doctrine, which maintains that Jews must crush the spirit and will of Palestinians through superior firepower and sheer brutality, rather than seeking peace through diplomacy and compromise.) In 1977, the former über-terrorist Begin was elected prime minister in a landslide. In his book Palestine: Peace, not Apartheid, former U.S. president and Nobel Peace Prize Laureate Jimmy Carter mentioned the sea change that took place in Israel's policies after Begin came to power. Begin's administration promoted the construction of illegal Jewish settlements in the West Bank and Gaza, in effect expanding Israel's borders by allowing Zionist thieves to steal land from defenseless Palestinian farmers and their families. Begin also authorized the 1982 invasion of Lebanon, which became Israel's Vietnam. As Israeli military involvement in Lebanon deepened, and the Sabra and Shatila massacre shocked the world, Begin grew increasingly isolated. He resigned from politics in 1983, but his racist, fascist spirit lives on in disciples of his and Jabotinsky’s, such as Israel's current prime minister, Benyamin "Bibi" Netanyahu.Back to where you were reading [anchor name=fn2]Foot Note 2 - [/anchor]
Unfortunately, the American public, through their government, have supplied Israel with hundreds of billions of dollars in financial aid and advanced weapons. That "aid" has been used by Israel to practice large-scale ethnic cleansing in the Occupied Palestinian Territories. This ethnic cleansing begins with home demolitions which are followed by Israel's euphemistic "settlement expansions."Funding this wildly unjust system, which has been compared to a new Holocaust, has created the impression in Palestine and throughout the Muslim world that Americans are raging hypocrites when they talk about "equal rights," "justice" and "democracy." Muslims have correctly concluded that the U.S. will always support Israel, no matter how cruelly, brutally and offensively it treats Palestinians, Bedouins and other non-Jews in its quest for free land and ever-expanding borders. The results have included 9-11, two horrific wars, multitudes of lives lost on both sides, and trillions of dollars in unpaid war debt that threatens not only the solvency of the U.S., but also that of the free world. If the dollar plummets in value, or if the U.S. can no longer borrow money, what will happen to the economies of Germany, Japan, and other countries that rely on exports to Americans?Back to where you were reading [anchor name=fn3]Foot Note 3 - [/anchor]
If we heed Einstein's wisdom, and judge Israel by its actions—apartheid, ethnic cleansing, strafing its victims in Gaza—rather than by oceans of self-serving propaganda, the racist/fascist nature of its government quickly becomes apparent. Or we can simply read what prime ministers of Israel and other prominent Zionists have said themselves. Please keep in mind that when the terms "transfer," "eviction" and "removal" are used, the Zionists are talking about ethnic cleansing: a crime against humanity. When the right of return is denied to Palestinians, this means the victims of ethnic cleansing are being collectively sentenced to remain stateless, rightless refugees forever. When the term "expropriation" is used, it means the theft of Palestinian land via superior firepower, which is armed robbery.Back to where you were reading